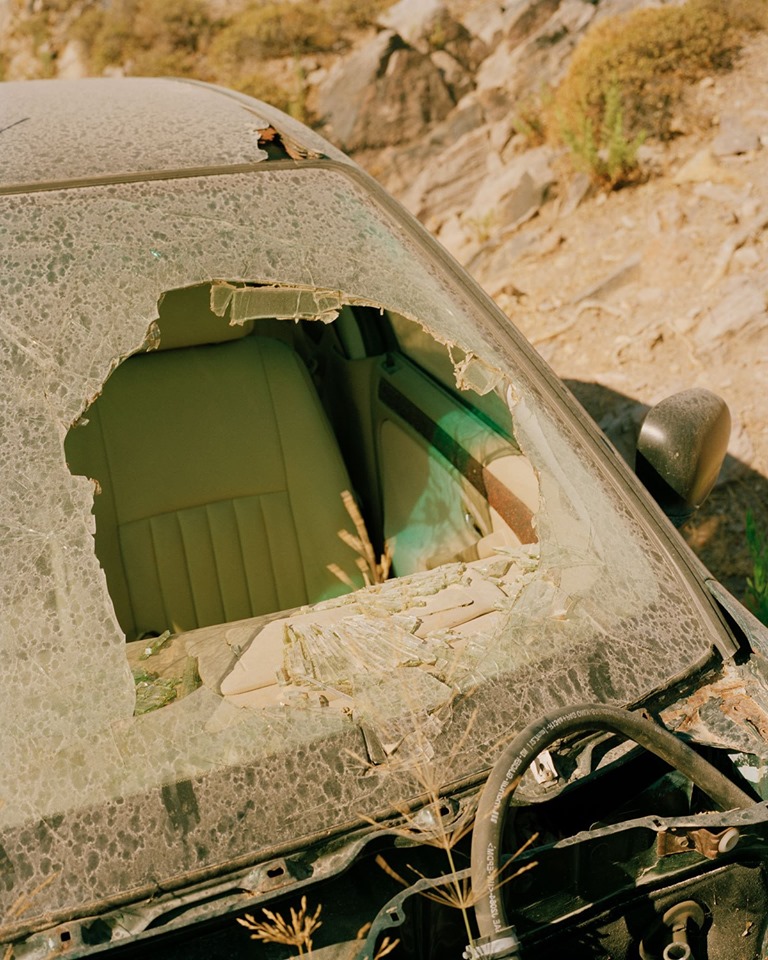 The Gallery Space of VOID is happy to host “Unlikely Outcomes. The Exhibition* “ a solo show by Nikolas Ventourakis.

Nikolas Ventourakis, in his second solo show in Athens after six years, presents for the first time works from the Unlikely Outcomes series. In this body of work the artist explores the liminal points that image base narratives occupy in our personal and collective memories. The images in Unlikely Outcomes are reused and re-edited in heterogeneous contextual frameworks, and signify a variety of spatial and chronological points. The artist asks us to focus not on the subject that is put on view, but rather on the choices that were made towards the aesthetic display of the artworks themselves. A documentary style photograph is juxtaposed with constructed imagery, digital glitches are contrasted next to presentations that aim to reveal the limits of the medium of photography itself and all together create a composition where a trace between the imagined and the perceived can not easily be divided. The artworks become puzzles that the viewer has to first compile and then solve, indicating a multitude of perspectives across we are encouraged to place ourselves and make our own decisions on what appears to be real or true.

Nikolas Ventourakis is a visual artist living and working between Athens and London. His practice situates in the threshold between art and document, in the attempt to interrogate the status of the photographic image. He graduated with an MA in Fine Art (Photography) with Merit at Central Saint Martins School of Arts (2013) and is the recipient of the Deutsche Bank Award in Photography (2013). He was selected for Future Map (2013), Catlin Guide (2014) and Fresh Faced Wild Eyed (2014) in the Photographers Gallery as one of the top graduating artists in the UK. In 2015 he was a visiting artist at CalArts with a FULBRIGHT Artist Fellowship and is a fellow in New Museum’s IDEAS CITY. He was shortlisted for the MAC International and the Bar-Tur Award. Recently he has exhibited in FORMAT Festival, Derby; the NRW Forum, Düsseldorf, the Mediterranean Biennale of Young Artists 18, the parallel program of the Istanbul Biennale , Hors Pistes 14 at Centre Pompidou, and The Same River Twice, at the Benaki Museum. Since 2017 he is the artistic director of the Lucy Art Residency in Kavala, and is co-curator of the project “A Hollow Place” in Athens.