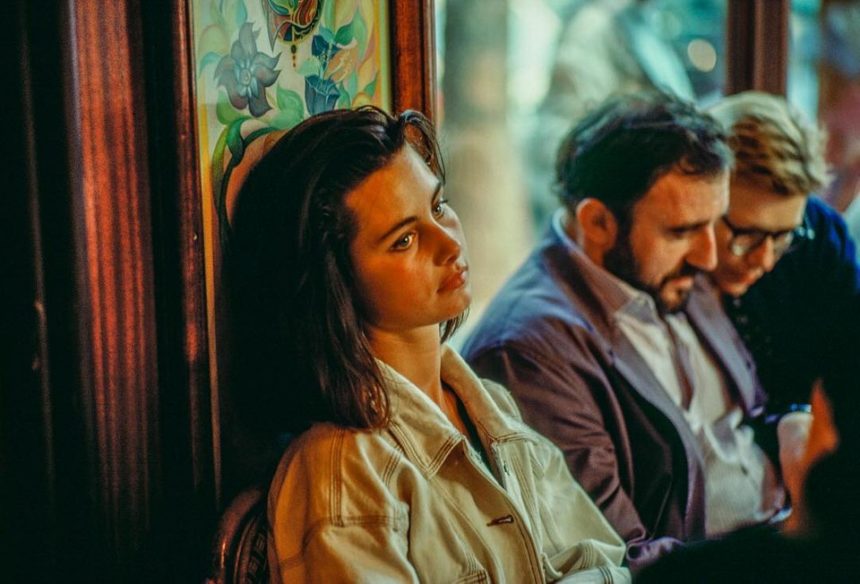 * Για τη συγκεκριμένη φωτογραφία του ο W. A. Allard έγραψε στο account του στο instagram: “I have often thought that Paris displays more interestingly attractive women than other cities I’ve seen. In June of 1988, while working on the Paris fashion assignment, I was having cafe creme at the Relais Odeon, the bistro on Boulevard Saint-Germain that for over a hundred years has sat next to the entrance of a centuries-old cobblestones street, the Cours du Commerce Saint-Andre.In the Relais Odeon I saw a lovely dark-haired girl at a nearby table situated just inside the bistro’s terrace. She seemed lost in melancholy. I think she was alone. I thought she was beautiful and I tried to discretely make a picture of her from where I sat. I don’t normally use telephoto lenses, but I may have had a 90 mm on my Leica. I made only two exposures.  When I look at the picture now, I find the tilt of her head and the way the light, colored by the surrounding warm decor of the bistro, falls on her face and her lovely lips, revealed a natural beauty that still transfixes me. It attracted me so much at the time that it wasn’t until I got back home, maybe a month or so later, to see my film and to look at that picture, that I thought that sitting at the table next to the solitary young woman was the film director Martin Scorsese with an associate next to him. It appears they were looking at something, maybe reading a script, a contract…who knows? And who cares? It was the lovely raven-haired beauty that I was looking at that day and I still take great pleasure in seeing her. Of course, when I do, I sometimes wonder where she is now, 29 years later.”