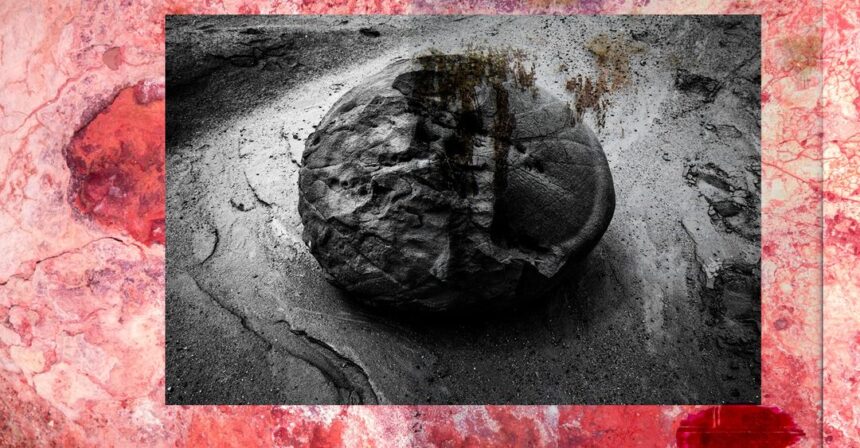 Gihan writes about her work:

“My most recent work revolves around archaeology and the poetry of time in relation to territory, searching for hidden signs in the multiple languages of matter engraved in the landscape. In an attempt to reveal the riddles and inscriptions of nature, through history and the architecture of thought, my photographs try to immortalize the primordial wisdom, looking for traces and writings that only time reveals. In my work, the landscape becomes the protagonist to point out the secret order of nature, the contradiction of how some opposites must join to coexist, seeking to turn those undefined images into emotional landscapes, like a transformation of the physical and the psychological. By intuitively combining incompatibles, like in poetry, ambiguity accidentally takes on new meaning and creates new understanding. My photographs insinuate, they don’t explain, they come softly or they blow.”

Gihan Tubbeh, Lima-Perú,1984, lives and works between Peru and Europe.

Shortly after studying cinema and photography in the Peruvian capital, she is selected to join Joop Swart Masterclass from World Press Photo in 2009. She is then nominated and selected to join Reflexions Masterclass directed by Giorgia Fiorio – focused on photography and visual arts – over a 3-year time lapse in different locations across Europe, holding multiple meetings in order to develop projects.

Her work has earned international recognition, including awards from World Press Photo, Pictures of the Year International, Magnum Foundation, among others. Last year, she published her first photo book titled “De Tiempo en Tiempo un Volcán Estalla”, an allegorical journey to the feminine condition within the universe through a poetic construction by associating insignia of nature with the human and animal kingdom and the cosmos. Praised through visual rhymes, where ancestral wisdom is immortalized, and primordial memory is treasured, nature speaks as an eruption of being, reminiscing heritage where ancestors, archetypes and arcana meet again.