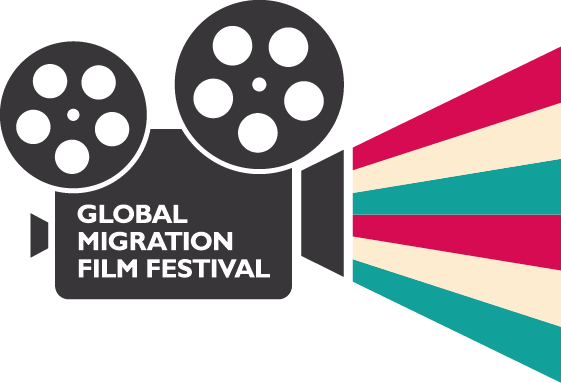 International Organization for Migration (IOM)
Established in 1951, IOM is the leading inter-governmental organization in the field of migration, working to help ensure the orderly and humane management of this global phenomenon. Over the years, films have been used to inform, entertain, educate and provoke debate. It is in this spirit that IOM launched the Global Migration Film Festival (GMFF) in 2016. Last year, an Official Selection of 42 films led to over 500 screenings in 104 countries around the world, attended by a global audience of over 30,000 people.

The goal of the Festival is to pave the way for greater discussion around one of the greatest phenomena of our time: migration. Furthermore, it is an innovative avenue for normalizing discussions of migration through storytelling, and an advocacy tool that can draw attention to the United Nations’ Sustainable Development Goals (SDGs), thus helping all nations as they work to meet them.

The Global Migration Film Festival has an itinerant and unique format. The films that make up the Official Selection are included in a list which is then shared with about 100 IOM offices and partners worldwide. Each participating country office will then select the films to be screened locally during the Festival, which runs from 28 November – 18 December 2019, worldwide.

Filmmakers will receive a final list of countries where their films will be screened by mid-November. Films can be screened in impromptu scenarios, from traditional cinemas and universities worldwide, to open-air theatres in the desert in Niger and detention centers in Libya. All screenings are entrance free. This means that IOM needs the authorization from the films’ rightsholder(s) to host screenings without territory and frequency limitations for the duration of the Festival.

Awards & Prizes
/ Full-length features (TRT over 41 minutes) – to be part of the official selection of the Global Migration Film Festival. The best film selected by an International Jury receives a 1,000 US cash prize.

/ Short Films (films between 15 and 40 minutes) – to be part of the official selection of the Global Migration Film Festival. The best film selected by an International Jury receives 500 US cash prize.

Other prizes will be announced later this year.

Films of all genres (feature, documentary, animation, etc.) and lengths will be accepted from July 9 – August 9, 2019.

All submissions should portray the challenges and promises of migration, and the unique contributions migrants make to their new communities. Films that tackle negative perceptions of migrants, defy stereotypes and portray positive and welcoming actions by and toward migrants are encouraged.

Films should be in English or subtitled in English. Subtitles are encouraged, even if the dialogue is in English, to ensure maximum comprehension for global audiences.

Films in other languages are encouraged but must have subtitles in English.

Films completed on or after January 1, 2016, are eligible for consideration.

Films may only be submitted by individuals with the legal right to negotiate the use of the work.

The festival will inform applicants by mid-August if their film is selected.
For each selected film, either the filmmaker or the individual responsible for the submission should be prepared to provide relevant still images, a trailer, the filmmaker’s biography, a photo of the film’s director and the transcripts for subtitling.

*There is no fee to submit films.*

*Films produced with any financial support from IOM are eligible for the competition, but not eligible for grants*

The GMFF is organized as part of TOGETHER, a United Nations campaign that promotes respect, safety and dignity for refugees and migrants. Recognizing that negative rhetoric surrounding migrants can spread quickly online, IOM developed the TOGETHER app – a digital tool for sharing positive stories and actions to counter xenophobia. All GMFF applicants should share images from their films, along with a brief explanation of how it relates to migration, via the app for increased visibility. Updates and information about the Festival will also be delivered through the TOGETHER App; download it for free from the Apple App Store and the Google Play Store.