HUNGER by Void at PHmuseum 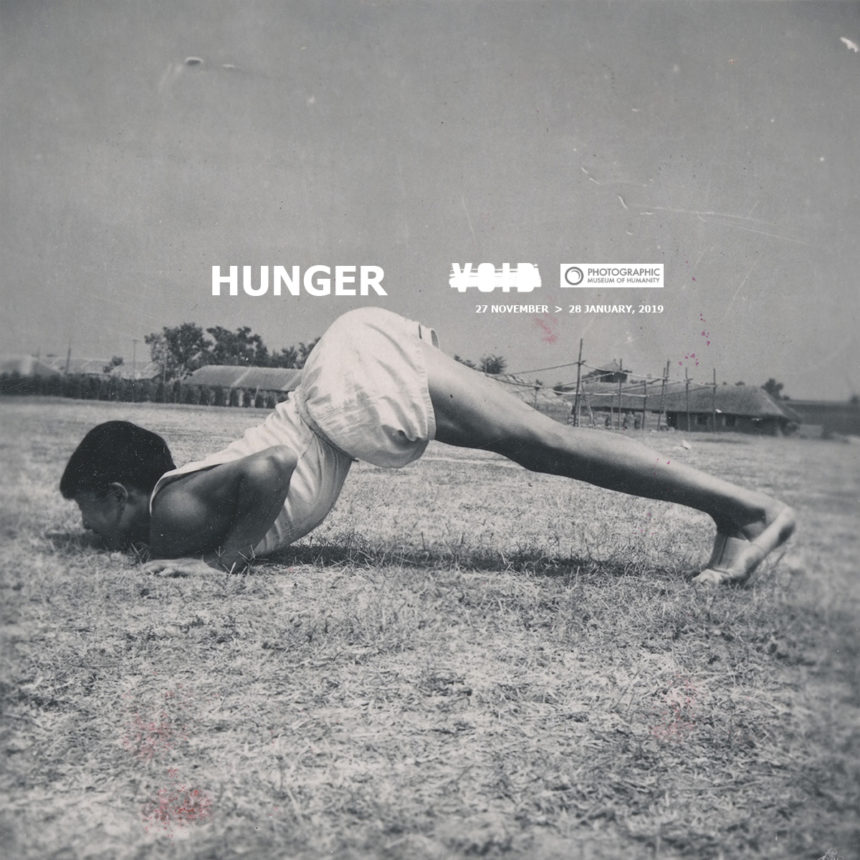 HUNGER by Void at PHmuseum

‘Hunger’ is an experimental project founded upon Franz Kafka’s short story ‘A Hunger Artist’, which tells the tale of a starving artist who continues his practice with the same (or perhaps more) passion despite the public’s interest diverging to different and new forms of entertainment.

It happened suddenly. Almost from one day to the other, the general public lost interest in starving artists. Once glorious, the hunger artist today sees himself without the crowd that used to attend his long performances. But instead of giving up, he now actually performs for longer, breaking all the records of his act to a point that he dies in his cage without any watching.

Sorry for the spoiler, but this synopsis is needed to understand the starting point of Hunger – a project created by Void in early 2018.

This text is more relevant than ever regarding the state of contemporary photography. We believe that photographers (and those working with photography, namely critics, editors, publishers, etc.) are hunger artists. The art they chose is, as a starting point, a practice with its golden days in the past. Even the title, “art” is sometimes put in check. And nonetheless, hype and new forms of art and entertainment may have diverted part of the crowd’s interest away. If someone is dedicated to photography, it is likely they are doing it for passion and inner necessity. Hunger artists don’t have to do their art. They must do it. For themselves. For their passion.

This project presents artists either personally invited by Void or selected via a free to enter open-call. Our aim was to showcase a range of both obscure and consolidated hunger artists, and an open-call is one of the few chances for emerging talented artists to make themselves visible.

Void believes this project is both a tribute to photographers and a statement of its own situation. As an independent organisation based in Greece trying to work with photography today, we are nothing but hunger artists ourselves.

Based upon Franz Kafka’s short story, A Hunger Artist, the show is divided into 7 chapters that are an online translation of the series of seven printed newspapers published by Void throughout 2018. The galleries together present 28 artists who were either personally invited by Void or selected via a free to enter open-call supported by PHmuseum.

Online until 28 January at www.phmuseum.com/exhibition/hunger

The printed newspapers can be purchased at Void’s web store https://void.photo/store/