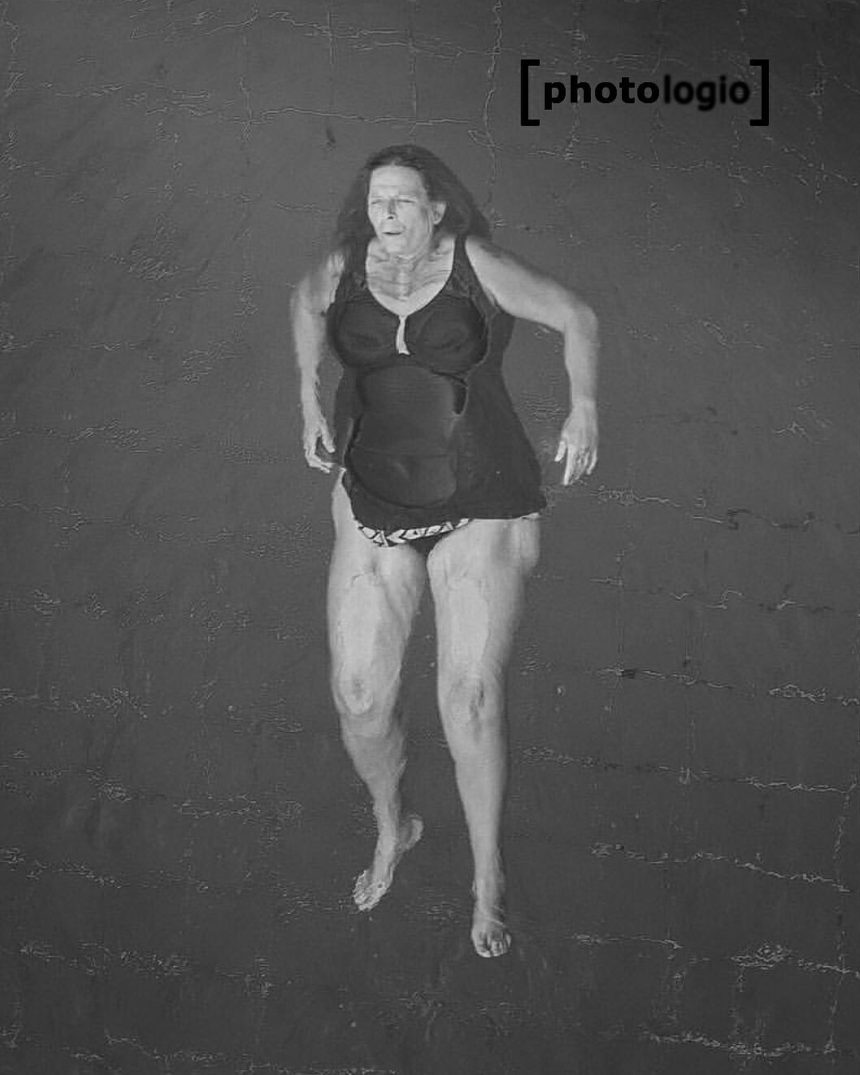 Hello mr.Andy Cox and thank you for accepting to give this interview. Screenwritter, snapper, idiot, savant. These four words are on your description in your account. I see them in two pairs that set the stage of your antithetical portfolio. How do you define contrast into photography?

Thanks very much, it’s an honour. I’ve been following your feed quite a while now and I love your constant reinvention. Really special.
Contrast and photography. Well I guess it’s all about things that shouldn’t fit together but somehow do. That’s when I’m happiest in the world – when things come together that make no sense at all. I think that’s when we’re closest to truth, when things are strange. We are the ultimate authority about ourselves and yet we know nothing about ourselves at all. It’s absurd and that’s human. It’s what makes us such marvelous creatures and why I have little time for the rationalists. We get drunk, we fall over, we do it again. Nonsense is everything.

Let’s talk about creation as in writing opposed to shooting. There is something indefinite about words yet photography is something definite, at least in the first reading. In your gallery this transition seems almost natural. How do you turn ideas into pictures?

Perhaps the transition seems natural because I just do the same thing as I do with my writing and my music. I don’t shoot what I see, I shoot what I feel. In many ways I want the pictures to be just as indefinite – I want them to exist in this middle space, not quite in our world and not quite out, hinting at something magical. I’m a big fan of things being out of whack.

Coming from your background one would expect a landscape orientation as a style. Yet you prefer the much stricter portrait orientation even for landscapes! Why is that?

I think it may have something to do with the idea of iconography. I’ve always been fascinated by medieval icon imagery and the portrait aspect seems to force a certain iconic energy onto the image – it becomes something more than what it simply is because you’re treating it like a person. I love the idea of taking the ordinary and making it sacred. And I think I’m attracted to landscapes that seem to have a human emotion in them, so they are kind of like portraits.
I keep trying to force myself into landscape orientation because I think I must be missing something and I might be repeating myself, which means I’m not learning or seeing things fresh. I should spend more time in landscape really. I’ve actually started taking portraits of faces in landscape format. This is what happens when you don’t learn the craft formally, I basically have no idea what I’m doing and just do whatever feels right to me.

Speaking of landscapes, they are full of drama but with a heavy dose of abstraction, giving them painting-like qualities. This is particulary evident in the sea and clouds combination, a recurrent theme of yours. How do you respond to a landscape theme? Is it with instict or logic?

It’s totally instinct. It’s about whether I’m moved. I want the landscapes most of all to be emotive. Sometimes emotive is dramatic, sometimes it’s something else. I go back to visit my old family home every now again when I can. It’s situated on the Severn Channel in the UK and a lot of those pictures are taken there – again there was a conscious decision to take most of them as portraits because the sea there has very distinct and volatile personality. It’s constantly changeable, very human. I have a long relationship with that stretch of water and land, we go back a long way. And sometimes it will do things to me – the light, the rage in the water, the mist – and I’ll take its picture. It has one of those faces I could come back to again and again. And I do.

Talking about water, let’s move now to my favourite project of yours, the swimming pool sessions. They are almost vertical lookdowns of people creating the effect of flying instead of floating. What is your concept on this theme?

There’s something about bodies in water. I swim a lot. It’s a release and it’s melancholic all at once, this yearning to merge with something and yet being utterly alone. I think it has something to do with our need to transcend – we want to be birds or fish so we get in the water and in the air – and yet when we do it somehow just makes the body seem even more human, and lost, and earth bound. We just end up as floating flesh.
Simply as an image I love the way that water distorts the body, where the body disappears and becomes the water and vice versa. I’m very attracted to the body as something transformational, and about things in general becoming what they’re not in order to become what they are again. Freud and Bacon are my favourite portrait painters.
I spend a lot of time in hotels. I found myself looking down on people swimming and they seemed so comfortable and free and yet at the same totally out of their element. It all smacked of mortality to me, and that’s the thing that probably motivates my photography more than anything – that sense that we’re only here for a moment and then we’re gone and we’re stuck between feeling totally connected and totally alien, in this decaying body, with the miraculous experience of being in the world. These bodies in water said that to me – it just seemed like they were stripped down and raw, being utterly human.
I guess the moral of the story is if you’re in a hotel and want to go swimming better check I’m not there first.

Your indoors are a stark opposition to the rest of your gallery. There is calmess and loneliness, unmade beds and you snoozing or waking up. What do they symbolize? How do you depict the passage of time?

Again I think it’s something to do with being stuck between belonging and not, between comfort and anxiety. Hotel rooms echo that state. They’re this fantastic blank canvas that you enter – this room is yours, and presumably you can be totally yourself in it. Yet it’s not your room, and there’s the residue of thousands of other people feeling exactly the same thing when they open the door and see that freshly made bed. This sense of constant ghostly transience. There and not there. It’s comforting and terrifying all at once.
I think we’re seeing a pattern here, I’m either comfortably terrified or terrifyingly comfortable…

I love your portraits. Especially the headshot ones, they are all very expressive and they have a feel of movie casting. It is like there is a psychological battleground going on.How do you approach the human element in photography?

Again I think it might be the same way I look at everything – a mix of joy and angst. I’m probably looking around for that in other faces. Sometimes when you hit the right note with a face there’s something otherworldly, this look that speaks to the idea that we’ve nearly got our hands around something but it’s just out of reach. When you hit it right I think you get a little glimpse of the mystery, and I’m not keen on locking mystery down because I think it should stay mysterious. I think that’s ultimately what makes my mouth drop open in wonder all the time, whether it’s seeing a face or a place – that fabulous mystery we’re all in that we don’t have a hope in hell of getting a firm grasp of. And neither should we.

I have read your bio and you are a jack of all trades. Writer, board games developer and a wooden saxophone inventor! How did you start photography and what part does it fulfill?

It started as therapy to be honest. I picked up a camera and joined Instagram simultaneously. Screenwriting and producing is such a long, arduous process, you can never tell if there’s ever going to be a result, it takes years and years to even get to the stage where something is real, by which time it’s kind of dead to you because you’ve worked it into the ground. It’s tough, because you create things in order to share them, and with film the act of sharing takes forever, and you’re exhausted and over it by the time you actually share it. And so I picked up this camera, just shot what I was feeling and posted it.
It’s immediate. There’s a tangible creative result to the thought/emotional process you just had. There’s this instant reaction and feedback. This instant communication. And that’s such a contrast to what I do with movies. And then the more pictures I took the more I felt a responsibility to look more carefully, clearly and deeply, because hey, you’re communicating with people, and you owe them.
So it’s ended up being this wonderful process that feeds back into the other things I do – taking more care, feeling the world more deeply, and posting visual dispatches.